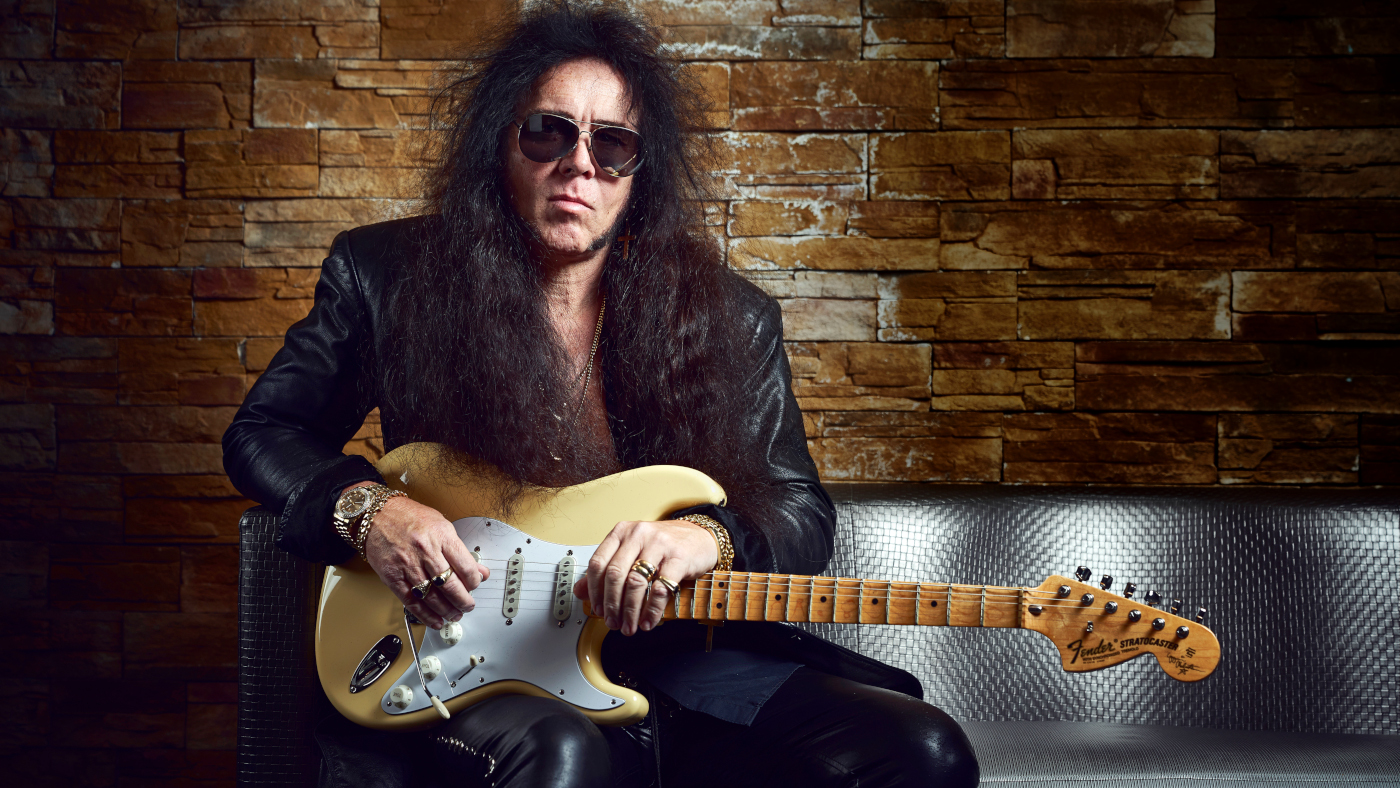 Yngwie Malmsteen’s one and only appearance on an Alcatrazz studio recording (in addition to numerous live albums released during 1983-84) packs his intense energy and speed into 30-45 second solos that we have come to expect from the neoclassical maestro.

A perfect example of Yngwie’s immense proficiency of speed and stealth-like picking technique is demonstrated in the pre-solo section of the Alcatrazz song “Jet to Jet”, from the bands 1983 album No Parole from Rock ‘n’ Roll. Listen from 1:57 to 2:14.

This sixteen-bar baroque inspired shred gem is written in the key of B minor (the melody is formed from the B harmonic minor scale: B, C#, D E F#, G, A# / R 2 b3 4 5 b6 7) and consists of a repeating eighth-note triplet pattern (1 and ah, 2 and ah…), played using a strict alternate picking (down/up), following the diatonic chord progression: Bm, Em, A, D, G, C, F#.

Notice the repeating note pattern, which has become a typical facet of Malmsteen’s playing style. Check out “Fire and Ice” from his sixth studio album by the same name for another prime example of this six-note pattern. 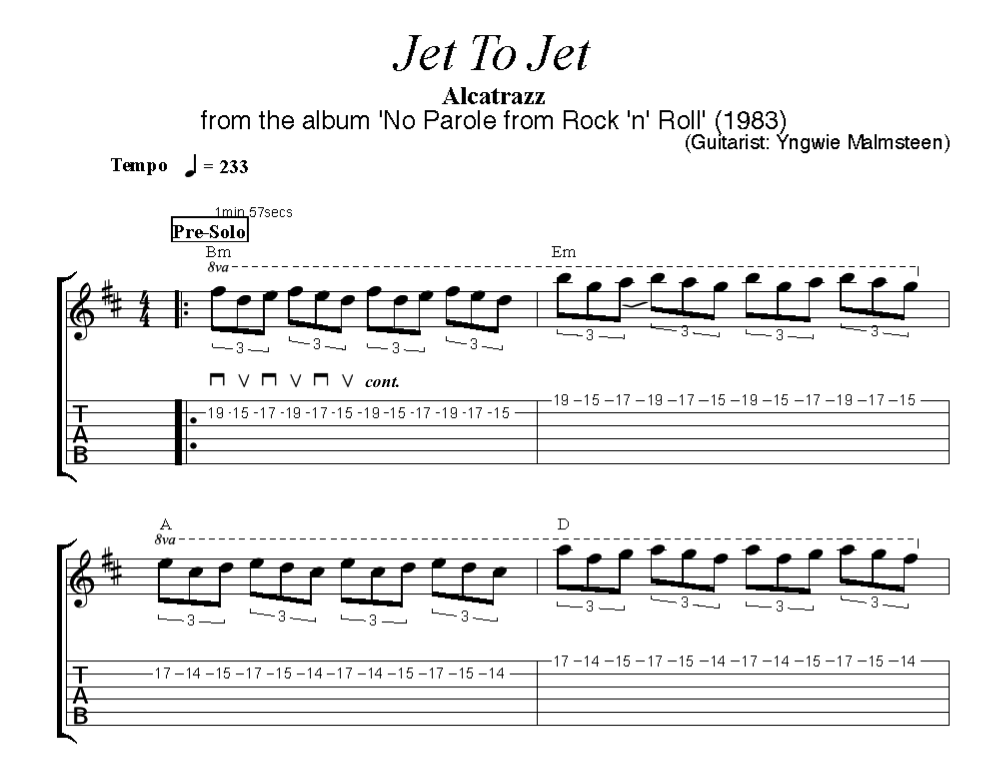 Yngwie left Alcatrazz to pursue a solo career in 1984 and released his grammy nominated debut album Rising Force in late 1984 (he was 21 at the time!). The guitarist who replaced Yngwie was none other than a 23-year old Steve Vai, fresh out of Frank Zappa’s band.