Raising the standard of guitar tuition in Bath

Bath Guitar School was formed in mid-2003 when founder, Richard Perkins, made the move from his hometown of Oxford to begin studying a Commercial Music degree at Bath Spa University. Since the school’s inception it has grown into an exciting and vibrant hub of learning and music making for both young and mature students; with approximately 70 students attending regular one-to-one guitar lessons, band workshops and participating in exclusive live performances.

Bath Guitar School has built its reputation for offering the highest quality guitar tuition on outstanding personal recommendations from students and parents, past and present. Students enjoy a thorough grounding in the fundamentals of guitar and live performance, Rockschool and Trinity Rock and Pop exam grades and music history; learning from an experienced professional guitar teacher with recognised music qualifications and over twenty years of music industry experience.

Bath Guitar School is extremely proud to have mentored some of its most successful students through to further and higher education, achieving entry into many of the UK’s most highly regarded music establishments, including: BIMM, ACM, ICMP, Guitar Institute and Berklee College of Music in Boston, as well as the local City of Bath College. Star student, Johnny Budd, was featured on CiTV’s Skillicous TV show in the summer of 2010 and was awarded the Whizz Kid Award for his guitar playing achievements.

The school prides itself on building fantastic relationships with local primary and secondary schools, music groups and teachers, businesses and music festivals. Students have helped to raise thousands of pounds for local charities, including Macmillan Cancer Support and Dorothy House, by busking inside the annual Bath Christmas Market, as well supporting local Mencap charity Bath Gateway Out & About with donations raised from a sponsored practice-a-thon and themed performances for its members.

Students from Bath Guitar School have performed at Bath International Music Festival’s Party in the City event every year since 2007 and regularly perform at the world-famous Moles club as part of a Student Showcase collaboration with Bath College. In 2010 students were invited to perform in front of Camilla, Duchess of Cornwall, and the many thousands in attendance on the streets, at the annual turning on of the Christmas lights on Milsom Street in central Bath.

Each year three hard-working and diligent students are selected to win the coveted Student of the Year Award. Winning students are presented with a glass trophy for their progress, good practice habits, positive attitude towards learning and enthusiasm to participate in extra-curricular performance opportunities, therefore making a significant contribution to the success of Bath Guitar School.

What our clients say

I have been a student of Bath Guitar School for almost two years. If I was going to try and describe my experience in a few words it would be 'tailored' and 'well-rounded' lessons. Richard is happy to go at the pace of the learner and adjust the lessons as needed to accommodate individual progress. Some weeks I pick things up more quickly than other weeks, and Richard is happy to let my learning dictate the pace. My lessons are also a great mix of playing, technical skills and theory. The lessons are led by learning new songs and along the way we work on the technical skills and guitar theory for that song, which keeps things very applied. And perhaps most important of all, my lessons are fun. Richard keeps a very casual and accessible environment to the lessons and so we often have a good laugh along the way. Highly recommended!

Richard is a fantastic teacher. He shows a huge amount of expertise, patience and good humour whilst he is keen to get results through building up his student's confidence. Our 9 year old daughter Wren started 2 years ago as a complete beginner (with non-musical parents). She absolutely loves going to lessons with Richard each week. As with a lot of beginners, she finds practicing in between times a lot more challenging. However, Richard keeps finding ways to engage and encourage her to build good habits and to persevere. The performance opportunities Richard schedules throughout the year including; Studio 'band rehearsals' with fellow students, two concerts at Moles and busking for charity at the Christmas Market, provide a much broader, impactful experience for the students. We are very grateful to have found Richard and would recommend this school wholeheartedly!

For me Richard's approach to teaching guitar, is proving ideal. I love songs, I love the guitar and now I enjoy performing. He has helped me put all three elements together so that after regular lessons and near daily practice, I'm gaining in confidence. On top of this, Richard's Acoustic Club sessions provides a friendly setting with space and facilities to perform songs and swap notes with student colleagues. This has given me a clear target to aim for each month. Richard’s passion for music, his dedication to teaching and wide musical knowledge encourages me to look forward to what's coming next in my guitar playing.

Richard has been such an inspiring teacher. Our son has been able to learn to play the electric guitar in a way that has stayed fresh and interesting. Richard’s teaching style is intuitive, calm and humorous and he is able to differentiate the information easily to suit our child’s needs. We were very impressed by how quickly our son was able to play a list of well known riffs only weeks after starting lessons. Our sons confidence has been greatly boosted by starting these lessons. Being able to play the guitar has deepened his love of music. In addition the opportunity to play in band workshops and perform on stage at Moles is a fantastic experience and a very special part of what Bath Guitar School offers its students.

Our daughter has always wanted to play the guitar, and luckily we found Richard! He has been teaching her for 8 months, and we are impressed to see what she is able to play already, she is only 7 years old. June is rather reserved of character, Richard gave her a lot of confidence in her, we appreciate his relational and professional qualities. June loves going to his classes. It's a beautiful meeting between a student and a teacher! The work is serious accompanied by humour. Our daughter is learning very fast. Well done Richard and June! And thanks for everything, Richard, You are very brilliant 🙂

My son started guitar lessons with Richard when he needed to take on a new skill for his Duke of Edinburgh award. He has hugely enjoyed Richard’s lessons and has found him really easy company. He has been able to explore the music he likes too and not be bound by the rigid structures of a grading system. Thanks Richard!

See what our students can do

During the coronavirus lockdown in 2020 students performed “Smoke on the Water” by Deep Purple from their homes! 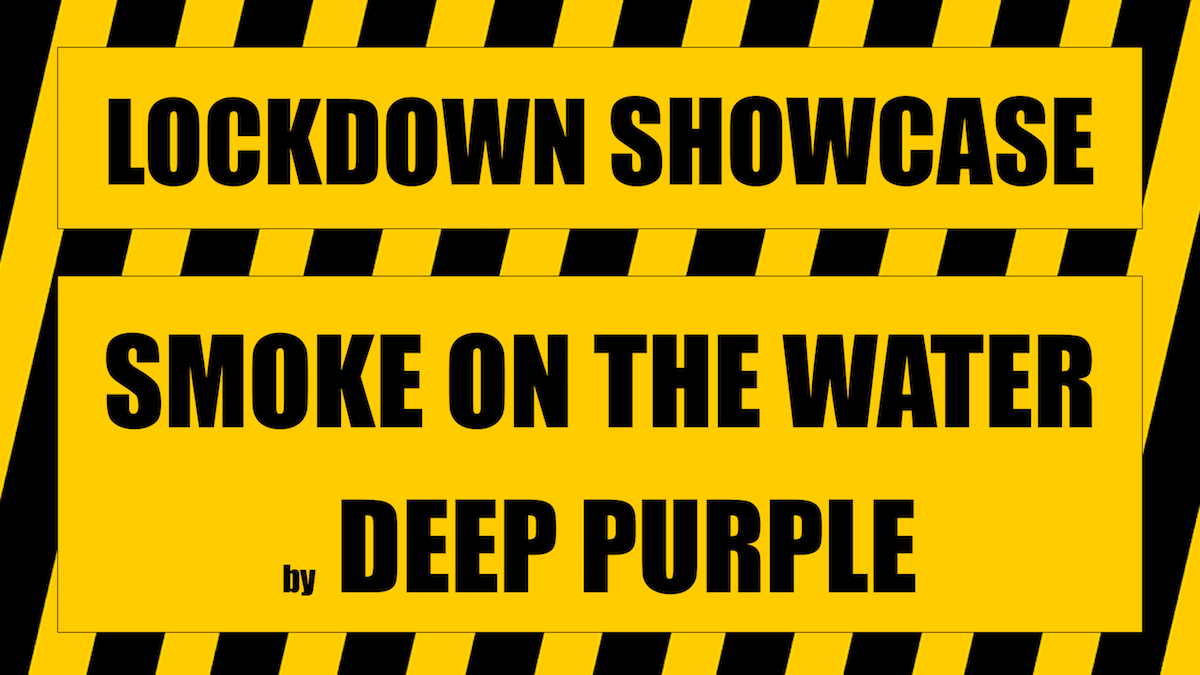