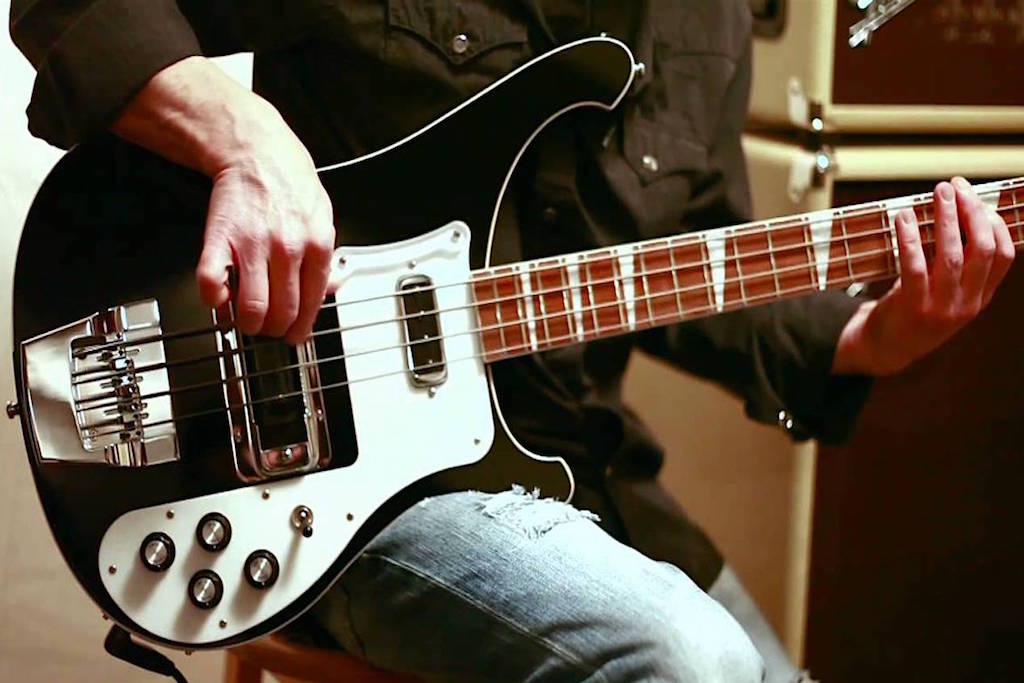 Beck released his fifth album, ‘Odelay’, in 1996 and was nominated for multiple Grammy awards. Devil’s Haircut was the second single and reached #22 on the UK singles chart.

This bass line is one of the simplest ever played. Three notes (D, G and C) all played at the tenth fret on strings 2, 3 and 4. It sounds heavy!

2. Under Pressure by Queen & David Bowie

Queen teamed with David Bowie to record one of the greatest duets of all-time. Under Pressure was released ahead of their tenth album, ‘Hot Space’, in 1981 and was a second #1 single for the band.

John Deacon’s simple but catchy bass line opens the song with an infectious ear-worm hook using only two notes: D and A, at the twelfth fret of strings 2 and 3.

Lynyrd Skynyrd’s Sweet Home Alabama is a southern rock classic and opens the bands’ second album ‘Second Helping’. In 1974 it reached #8 on the Billboard Hot 100 chart, is the band’s highest-charting single.

The song is probably remembered more for the electric guitar parts and sing-along chorus. The bass line, played by bassist Leon Wilkeson, follows the three main chords of the song: D, C and G followed by a cheeky hammer-on from fret 5 to 7 on the fourth string.

4. Walking on the Moon by The Police

The Police released Walking on the Moon as the second single from their second album ‘Reggatta de Blanc’ in 1979, and to continue the second theme, it was the bands’ second UK #1 single!

5. Another Brick in the Wall by Pink Floyd

Pink Floyd were not known for releasing singles but in 1979 they scored a UK Christmas #1 with Another Brick in the Wall (Part 2), their first and only #1 single.

Songwriter and bassist, Roger Waters, grooves beautifully between playing on and off the beat over a single chord: Dm. The recorded version has a de-tuned fourth string (E down to D). Here I have simplified the bass line to play all notes a one string.

6. The Chain by Fleetwood Mac

Fleetwood Mac released their seminal album Rumours in 1977 (the bands eleventh record), almost forcing the band into self destruction in the process. The Outro section was used for the BBC’s Formula 1 coverage between 1978 and 1996 and again 2009 to 2015.

The Chain has two distinct musical sections: the main song (Verse and Chorus) and the Outro. In the Outro section bassist John McVie plays notes between Am and Em chords to create an enduring bass line.

If you have enjoyed reading this blog post and would like to learn how to play the bass guitar you can find more information on our BASSICS: Beginner to Bassist course page.