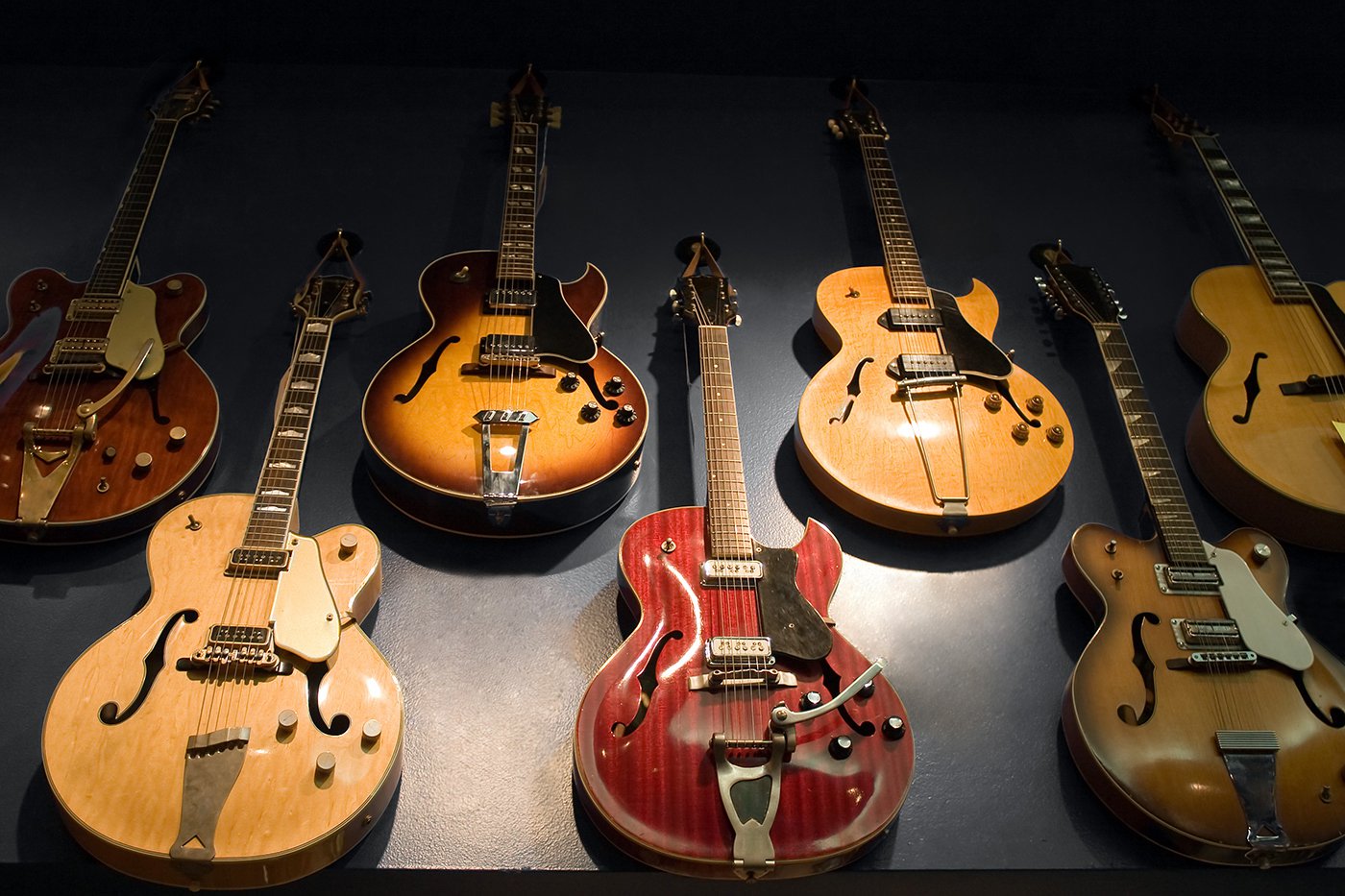 The guitar originated in Spain in the early 16th century and derived from a medieval instrument called guitarra latina. The early guitar was much narrower and deeper than a modern guitar.

Sixteenth century guitars had four strings that were strung from a violin-like pegbox to a bridge glued to the soundboard of the body. The sound hole was ornamented with carved wood and oval in shape. The guitar was tuned to C-F-A-D, similar to the lute.

During the 16th and 19th centuries many changes occurred; a fifth string was added before 1600, and by the 18th century a sixth string was also added. By 1800 standard tuning was established as E-A-D-G-B-E, still considered standard today.

By the 19th century the violin-like pegbox was replaced by a flat, slightly reflexed headstock with rear metal tuning pegs. The guitar body underwent changes, too. The body became broader and shallower, with a thinner soundboard. The reinforcing transverse bars were replaced by radial bars that fanned out below the sound hole. The neck was set into a brace, or shoe, that fitted into the body of the guitar and was glued to give extra stability against the tension of the strings.

At this time the instrument resembled a classical guitar, which was strung with three gut and three metal-spun silk strings.