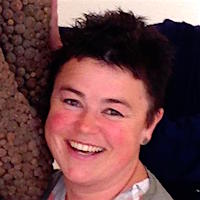 My son Ruben learnt guitar for about four years with Richard. Initially, Ruben never practiced and Richard was very patient with this as I really wanted the lessons to be a pleasure for Ruben rather than being another pressure to add to the existing ones of school work. After a few years, as Ruben matured, things started to change and he would talk about the lessons more and what he and Richard had been discussing and what music they’d attempted.

For the last year of his time with Richard, Ruben ‘practiced’, or rather spontaneously picked up the guitar, almost every single day. It became his primary way of relaxing as opposed to looking at a screen. Ruben is now confident enough to play in public and sees his love of the guitar as part of who he is. He has stopped lessons now as he has chosen instead to start singing lessons, to which he takes….his guitar. It took time, and neither Richard nor I as Ruben’s mum, being pushy…but Ruben now has a gift for life.